One of Britain’s oldest breed of cattle, the Blackbrook Longhorn are now on a farm on the other side of the world in Australia.

Pat Stanley has been working with this rare breed since the late 1980s on her farm, Spring Barrow Lodge in Leicestershire. Five years ago she got a visitor; another farmer and butcher from Australia, Richard Gunner. He wanted to breed Longhorn as he had heard that the meat they produced was particularly good.

Pat started to supply semen and embryos from her stock and now Richard has a herd of over fifty Longhorn in Adelaide.

Caz Graham meets Pat Stanley and Richard Gunner who has come over from Australia to meet some of the cattle responsible for kick starting his herd of Longhorn in Australia.

Listen to the BBC Radio 4 interview below! 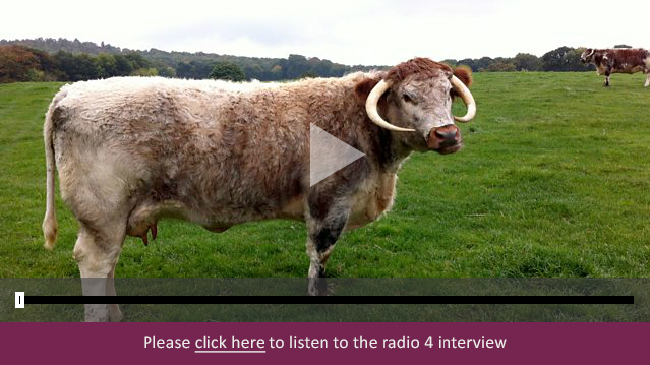